Step in a world where everything is autonomous, a place where everything is connected, where your smart devices, together as one, become smarter than you. This is the world that FINN - Banking of Things (innovation of ING) is building today. In 2018 I was appointed as a visual / ux designer to help achieve creating this world.

FINN is on the verge of the IOT advancement, focussing mainly on the autonomous payments and the developers (the makers) that come up with all the new use cases.

The challenge was to make a complex universe as simple as possible. And to contain it in an crystal clear and mysterious brand. The FINN platform exists out of several platforms that have to communicate with each other; the maker portal (where a developer connects a device and creates actions), the supplier portal (where a supplier will be able to manage it's supplies for the maker), the companion app (what the end-user will use for autonomous payments) and the marketing website.

Because it's still such a complex new world, designing for IOT solutions sets you up against unknown territories. Finding a way to make a clear logical path which the user can follow, in a friendly and magical visualised environment, was the main focus for this project. 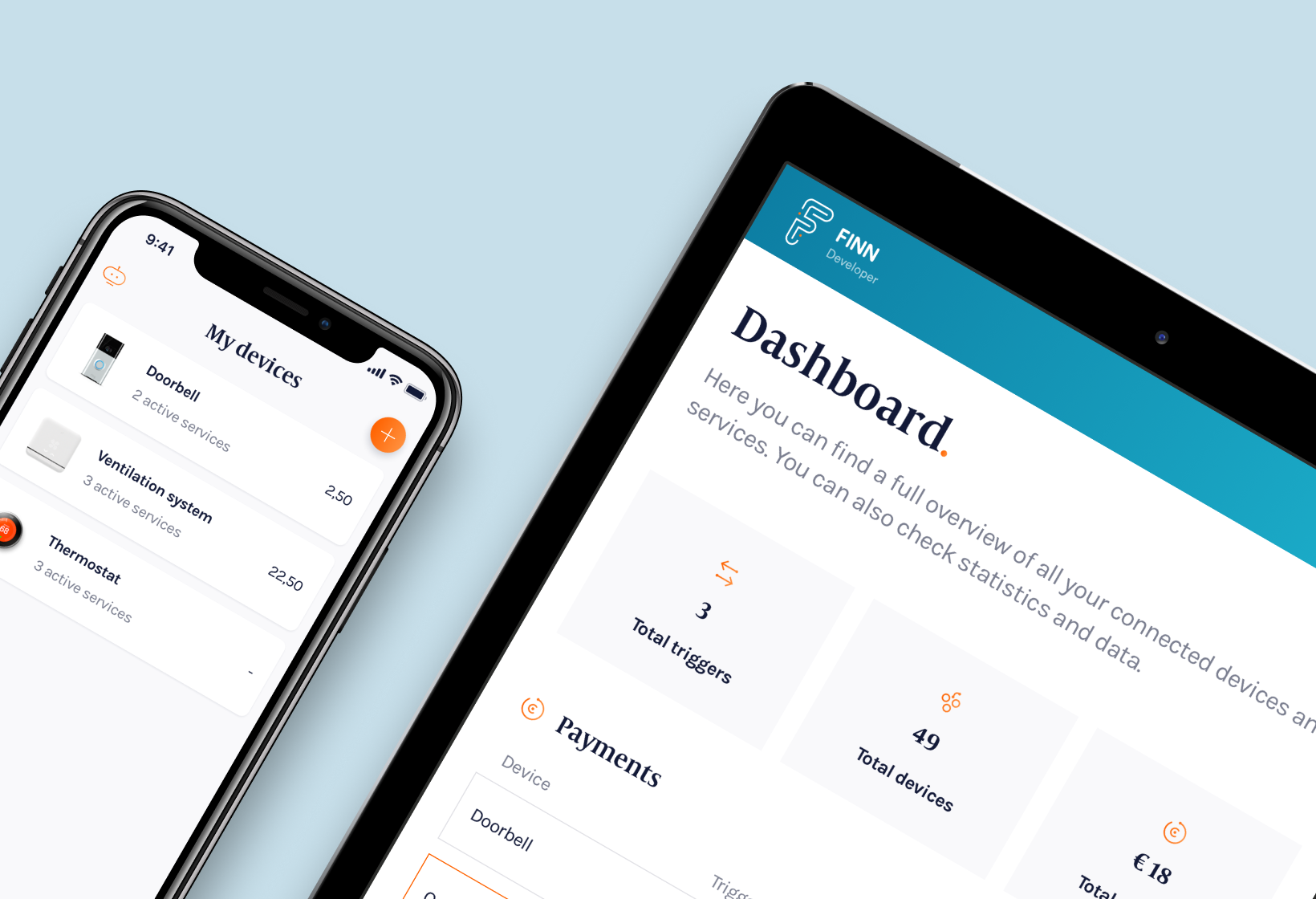 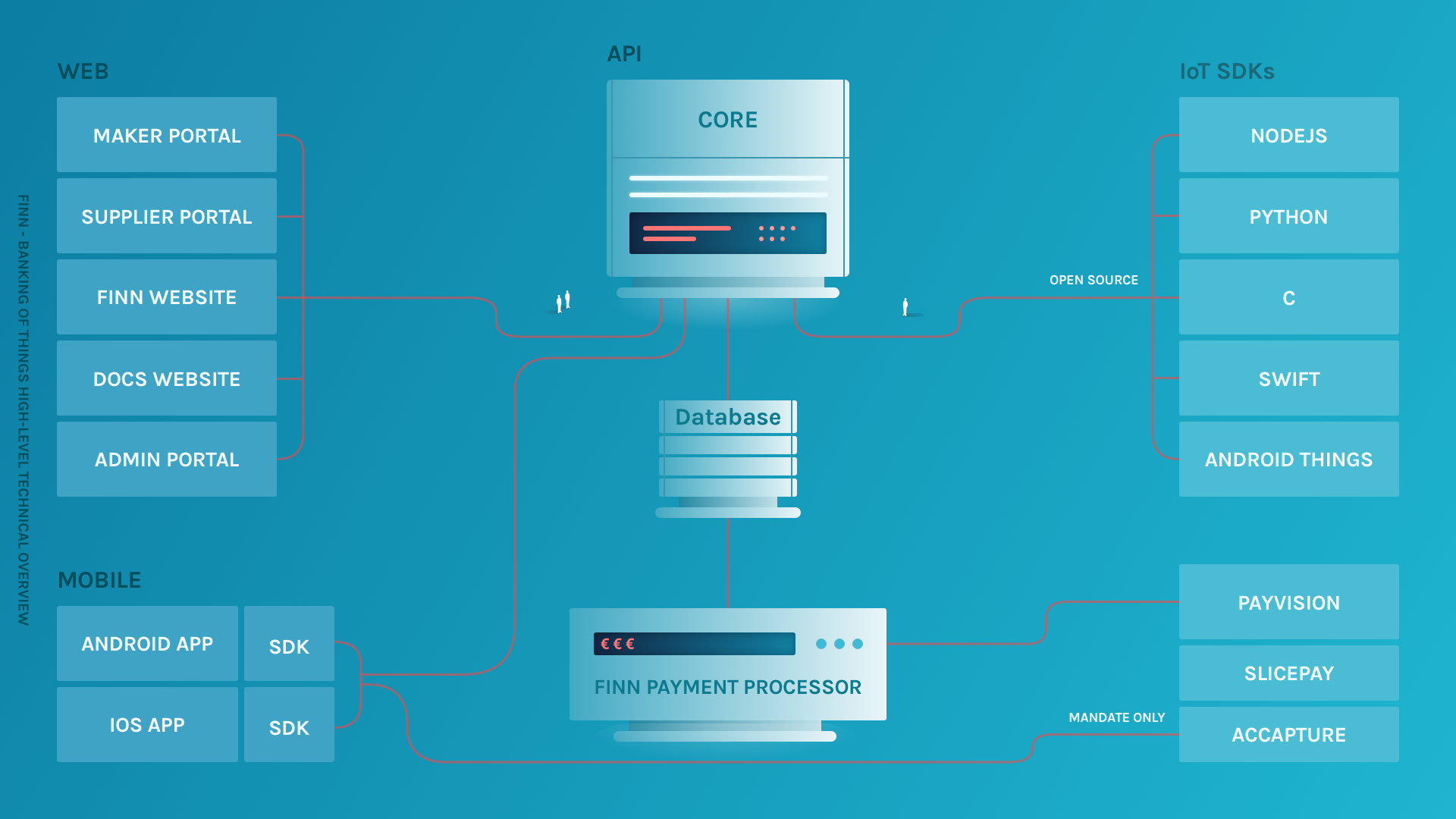 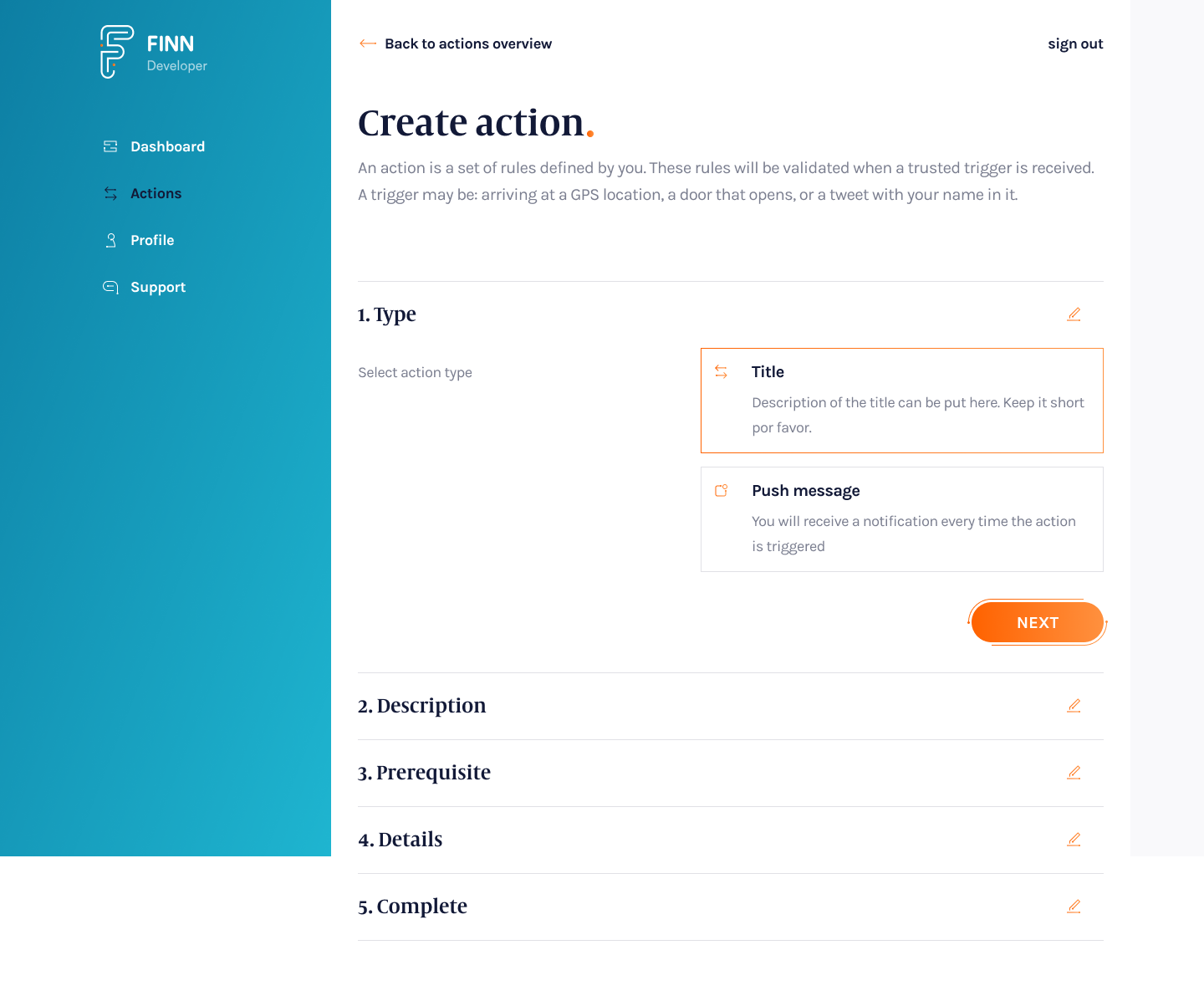 The Voyage Of Design